In the early fall of 2018, I visited a retrospective exhibition of a well-known Spanish photographer, Carlos Canovas. There was a section of photographs taken in the early 90s at the Ria de Bilbao, then a heavy industry zone along the banks of the estuary of the river Nervión.
One of the recurring themes in my photography is the sea. Mr Canovas’ work inspired me to try for the first time to create a large project. I photographed the ports of Gijon, Aviles and Santander. In the end I could not resist to add Bilbao; and added the Nervion river estuary and the port.
The result is landscape -with some indexical and documentary value-, but mostly an emotional trip through places I know well and bring back strong memories. It is not by any means systematic or exhaustive.
I photographed during the early night hours. Activity lowers and things, buildings and places recover their essence. I am interested in the magic and mysterious air that they take as the lights turn on: their loneliness on the cold nights of the North in winter.
The industrial activity behind these ports’ creation and growth is slowly waning. As I wrapped this project I realized that most of what I photographed will not exist 20 years down the road. In a way, Northern Lights is a registry of human print, showing transientness, a crossroads between an industrial past and a different future. 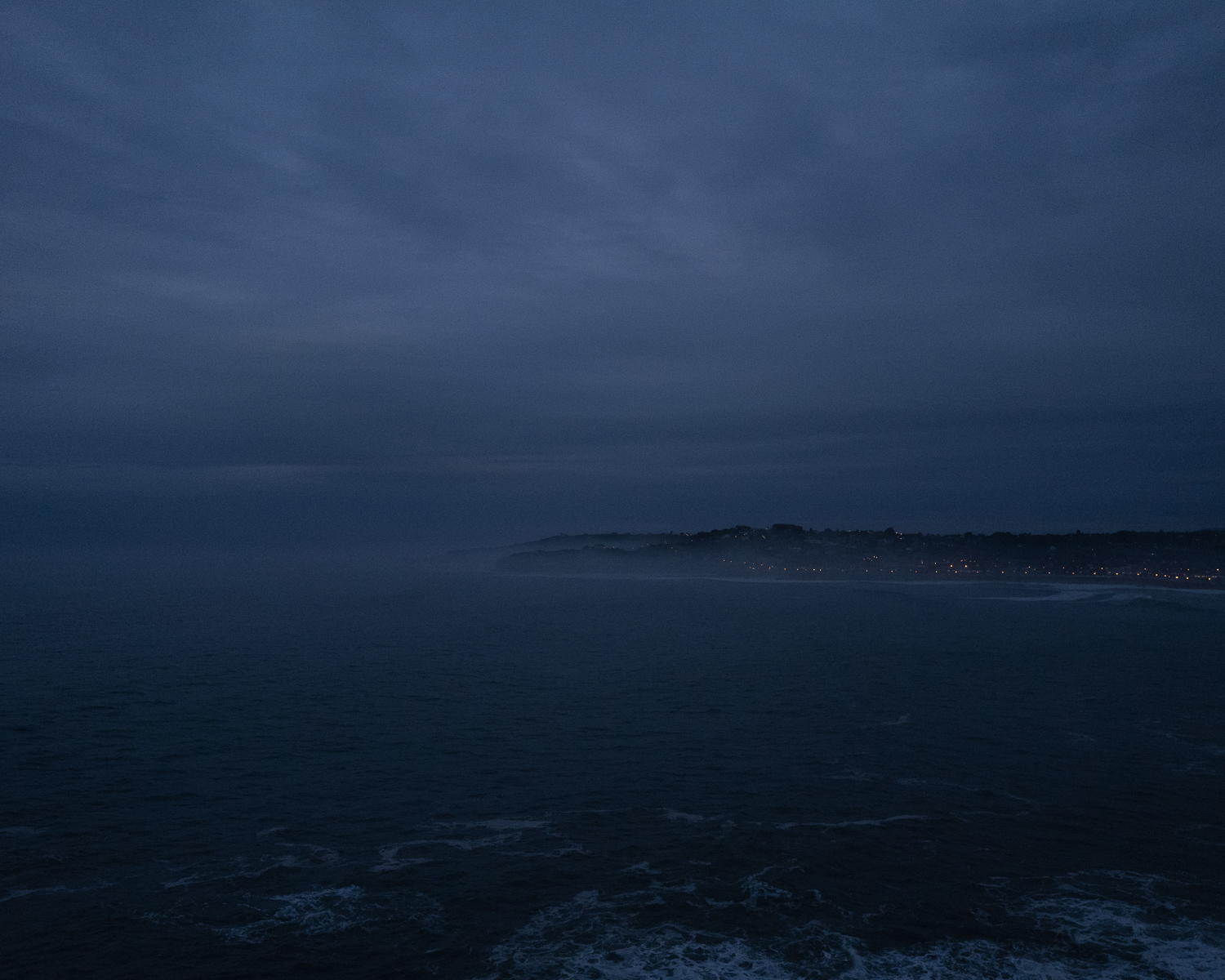 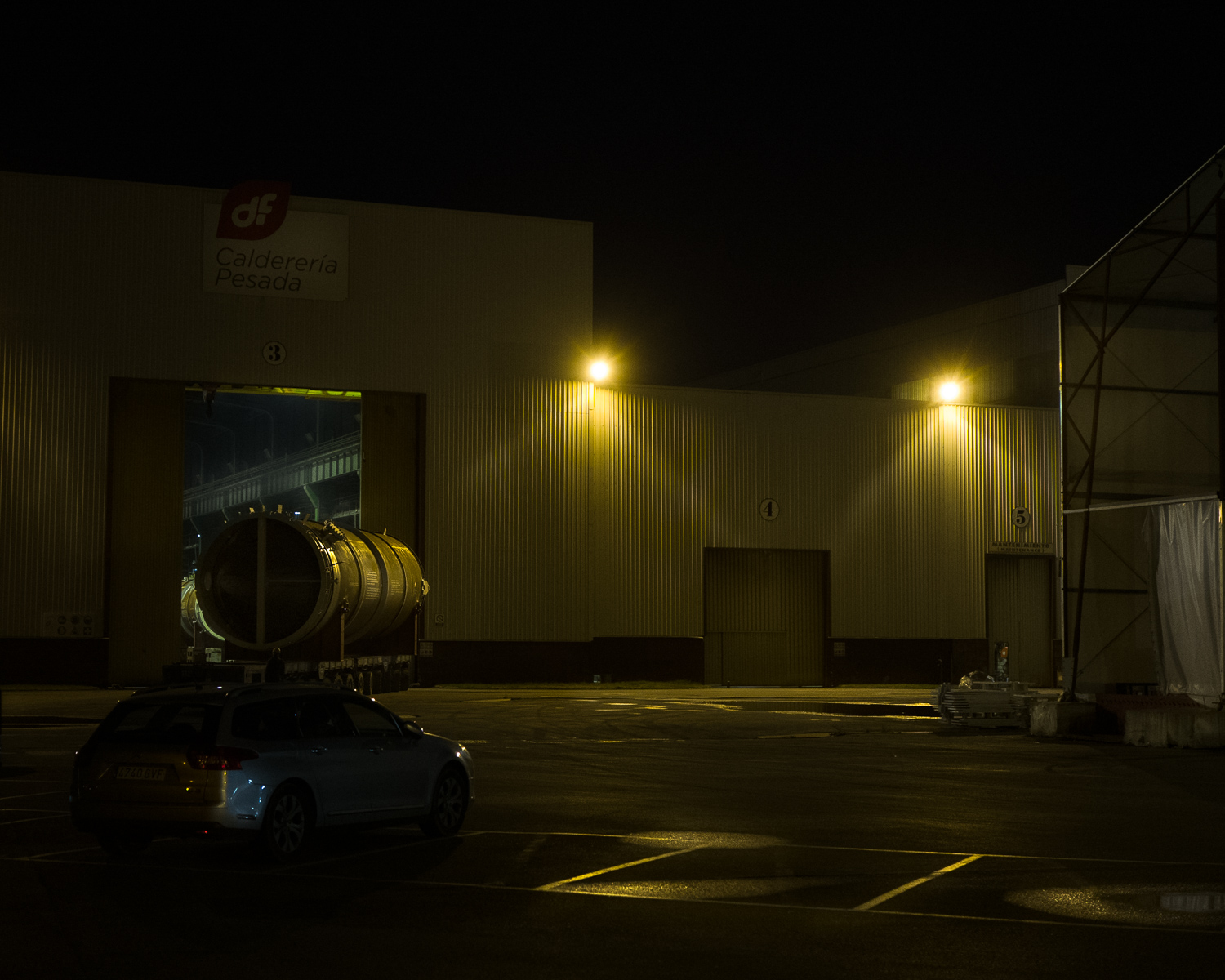 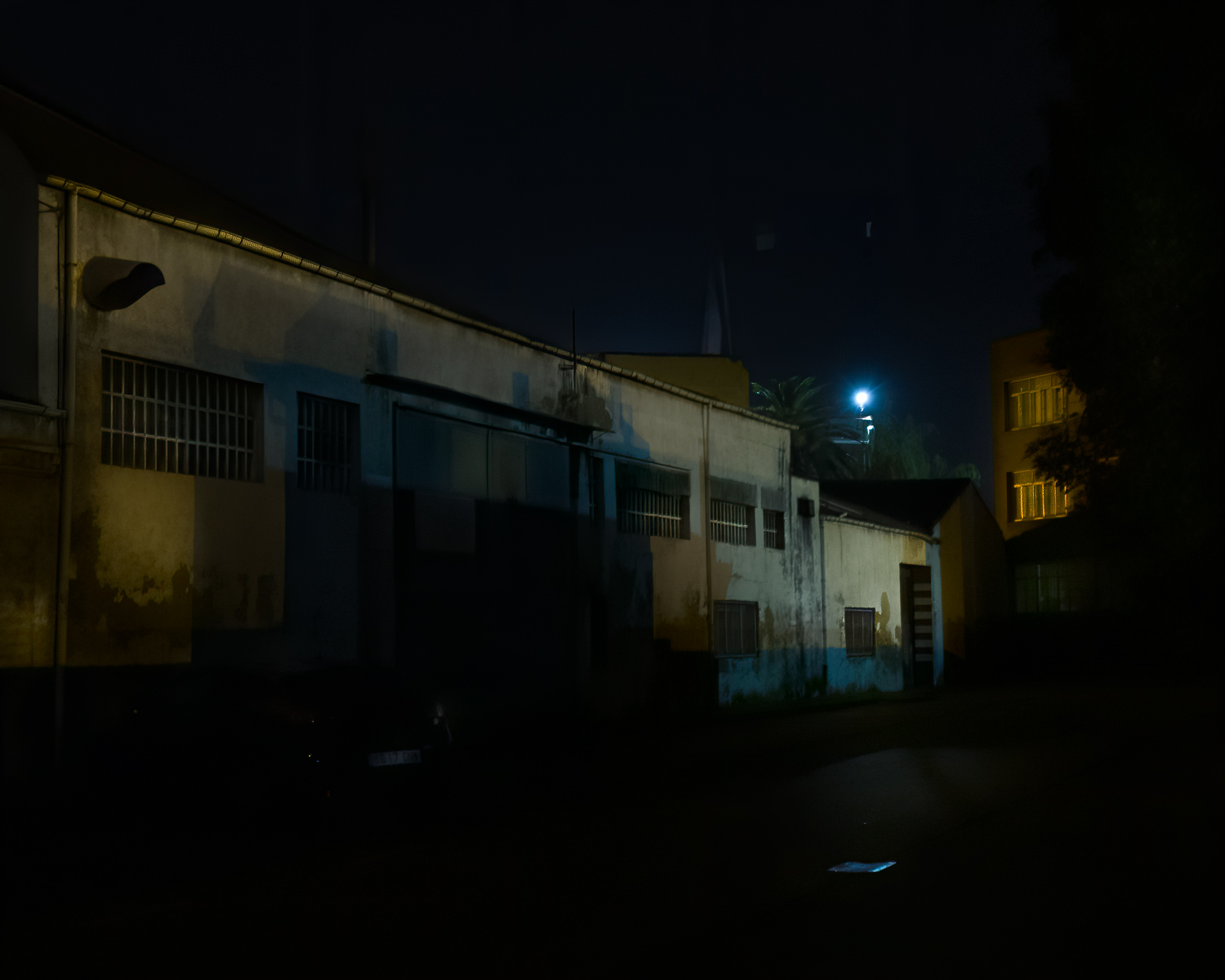 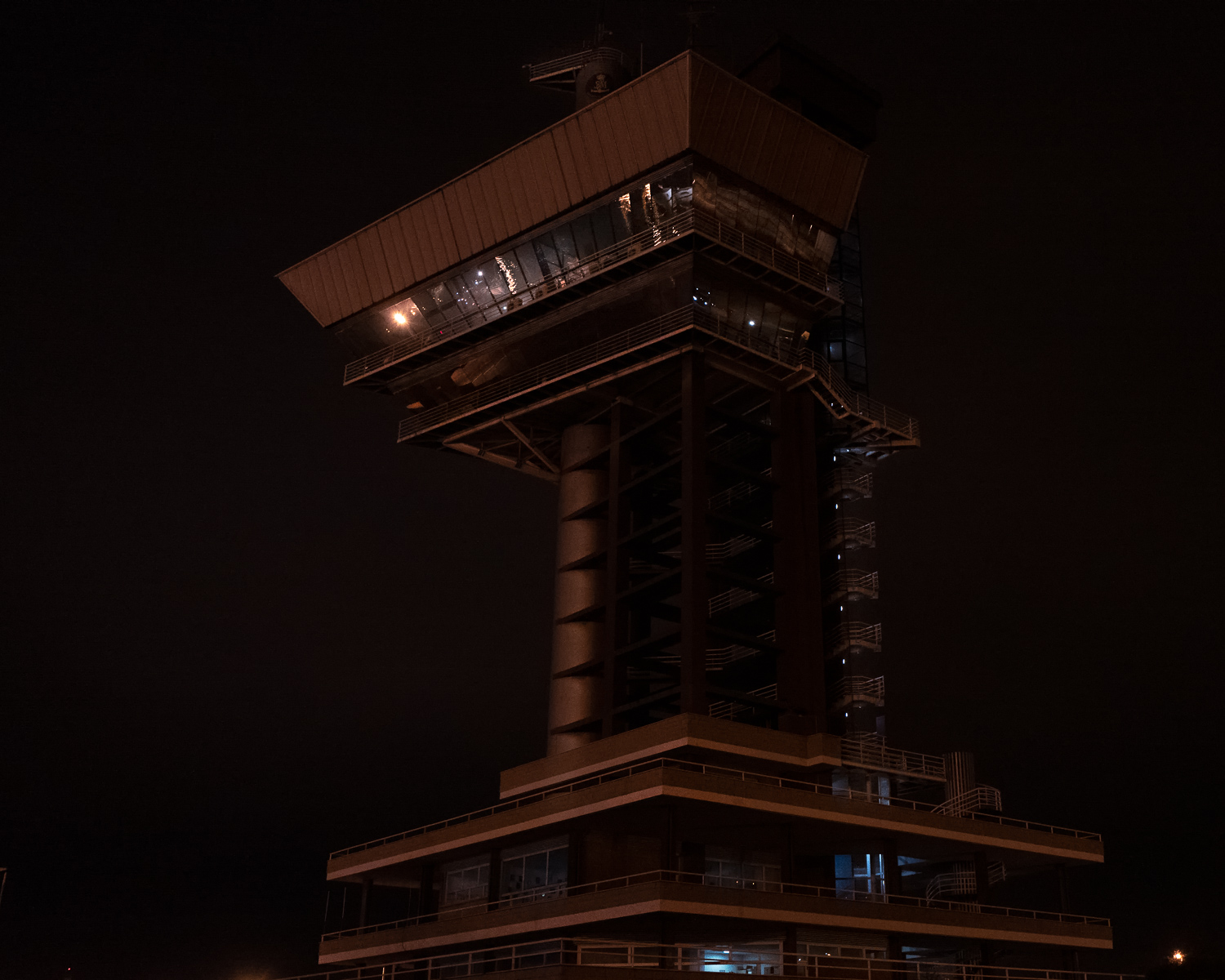 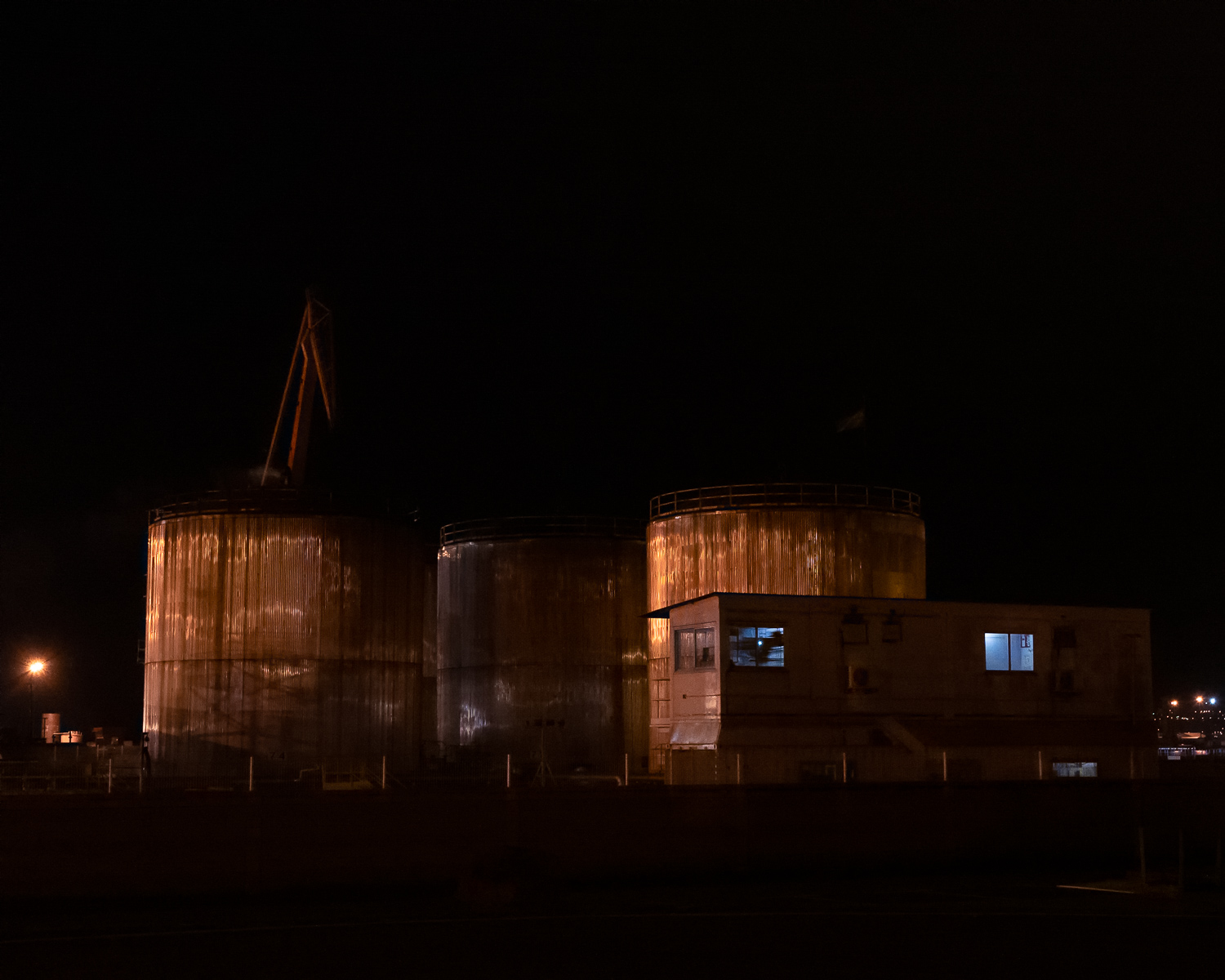 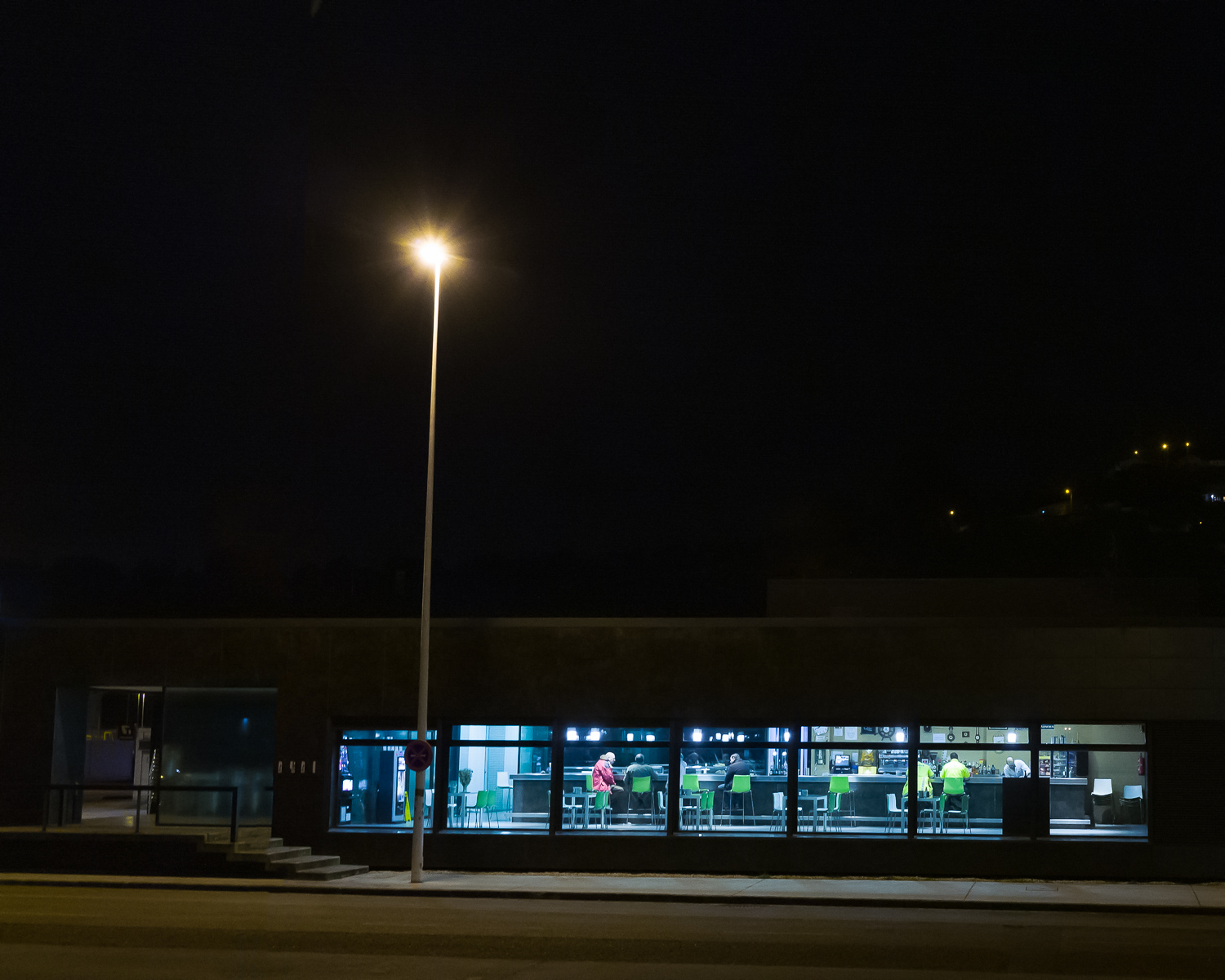 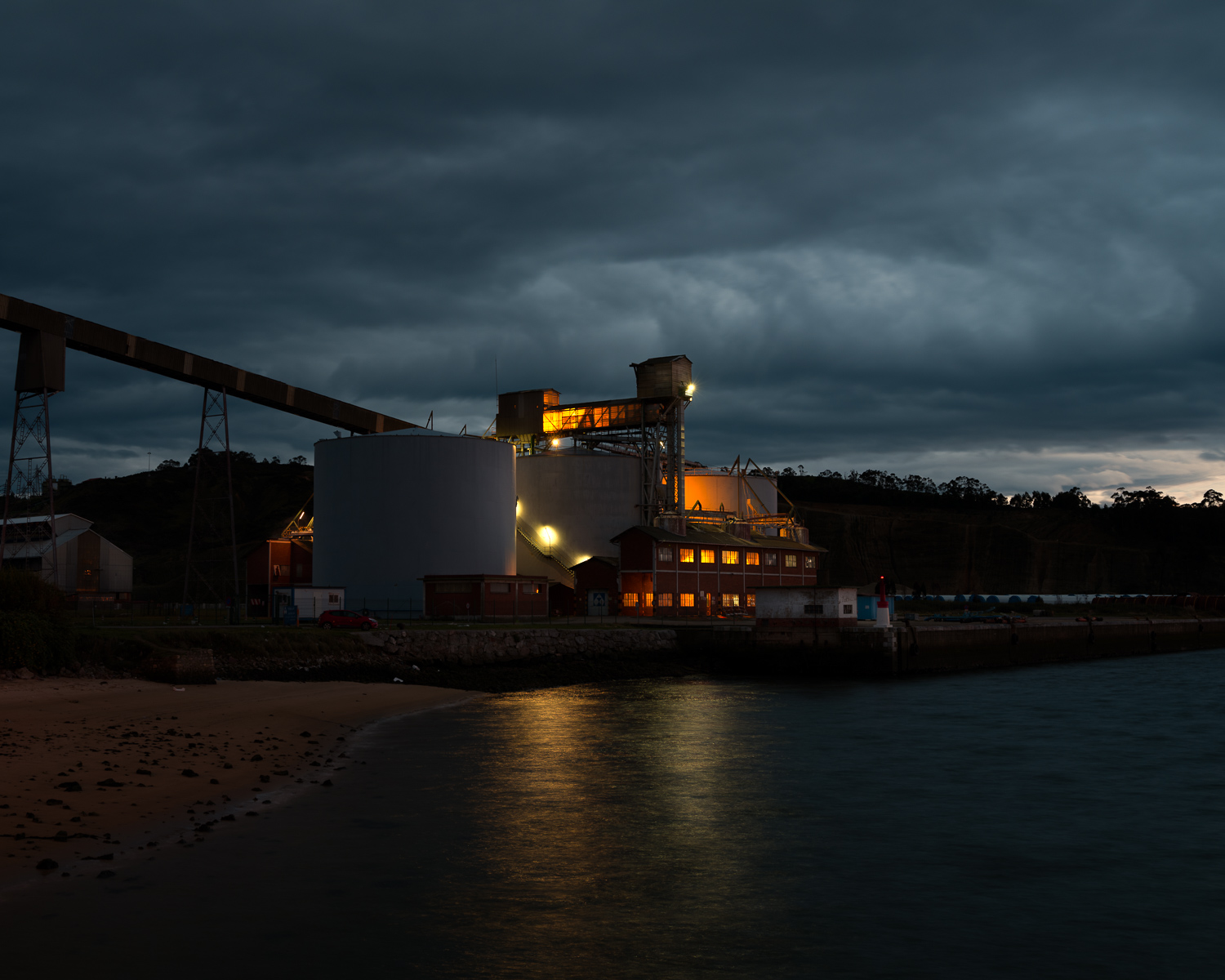 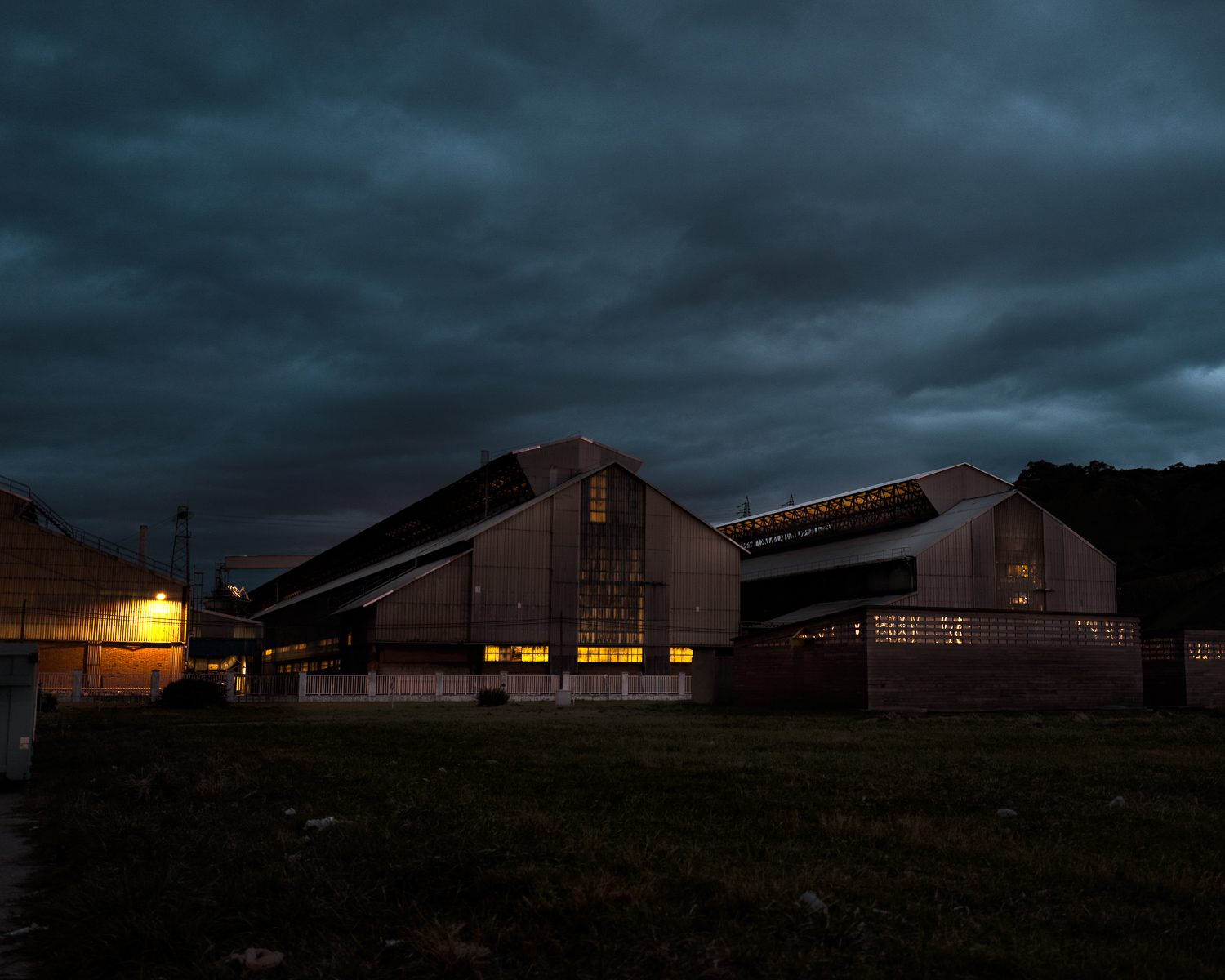 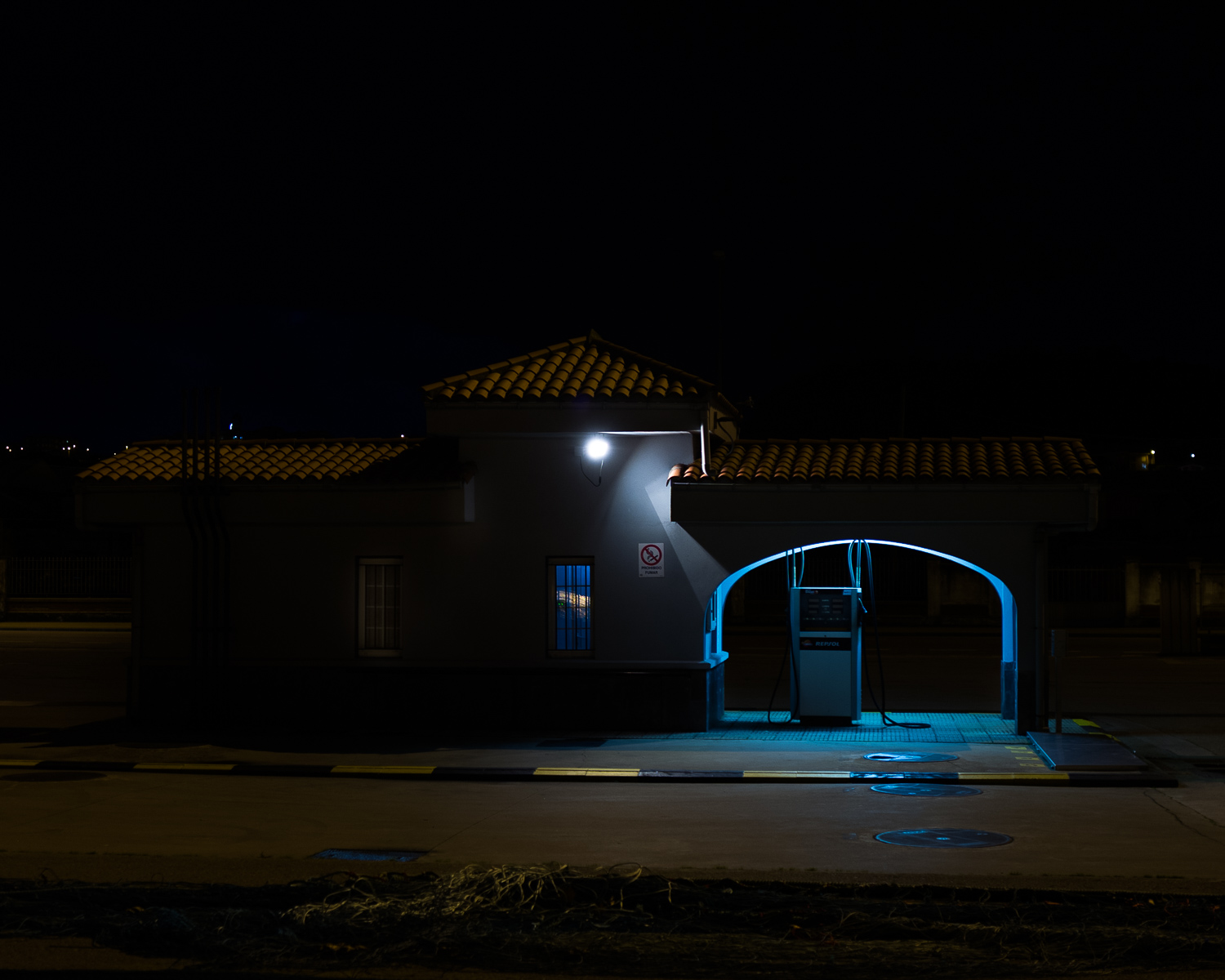 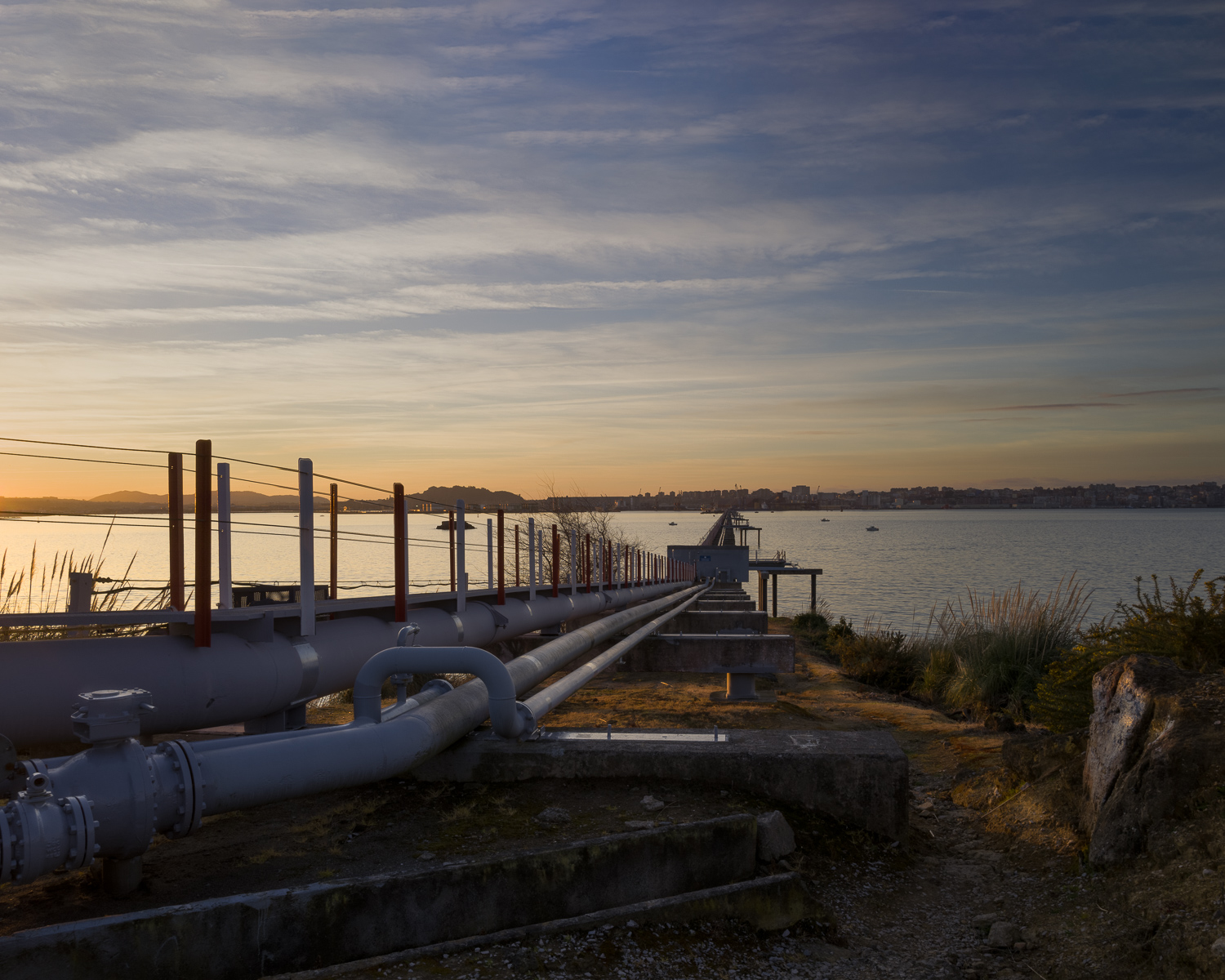 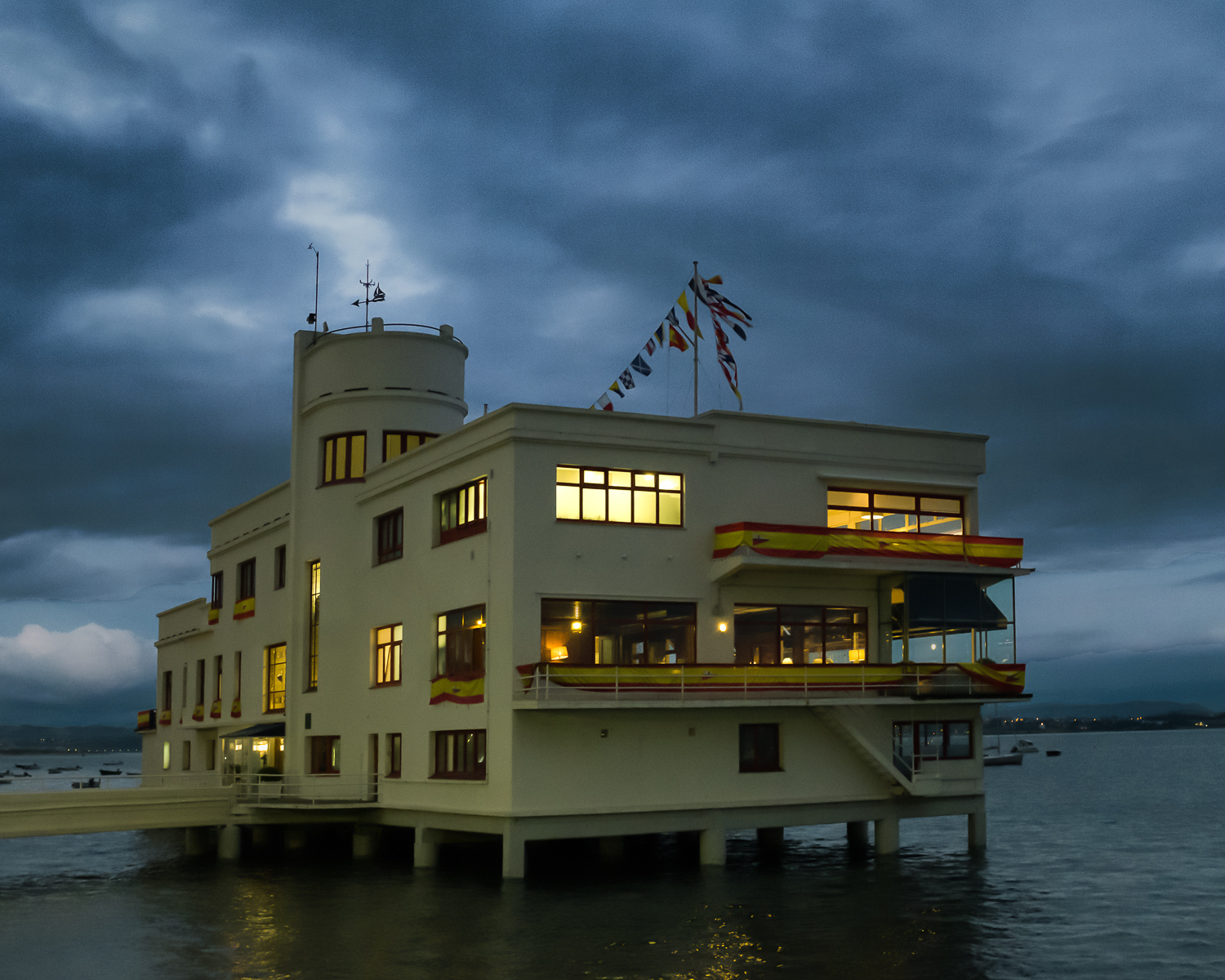 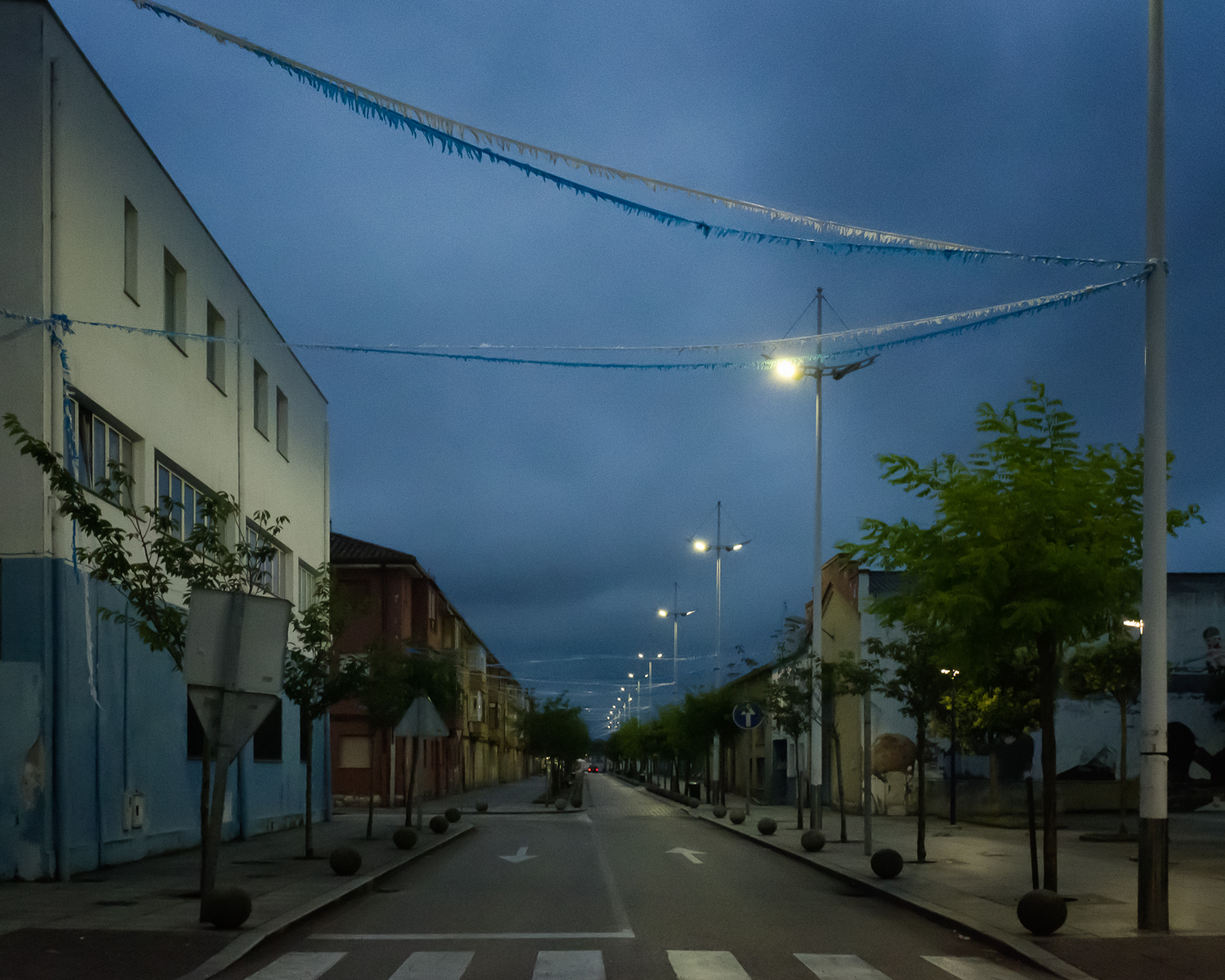 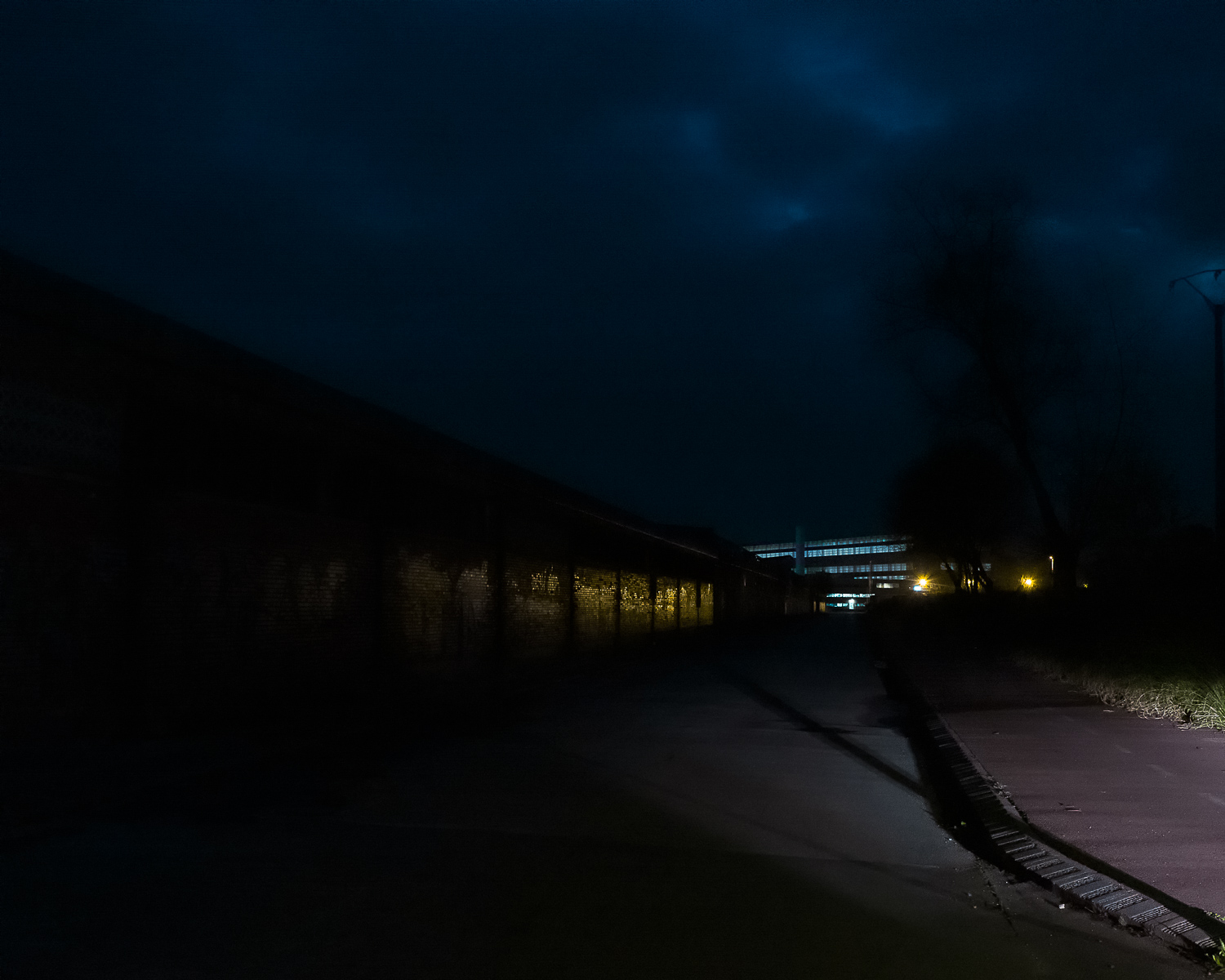 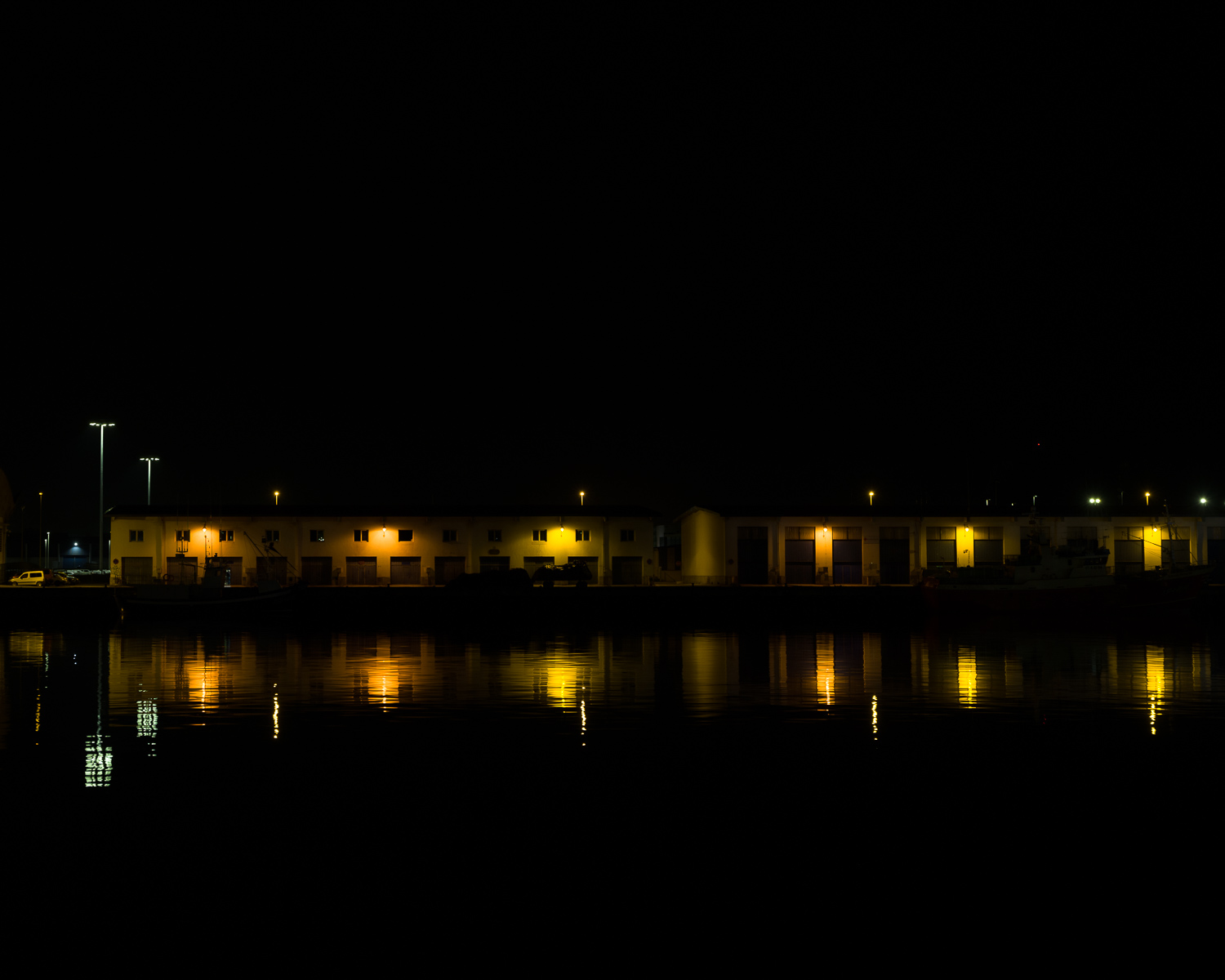 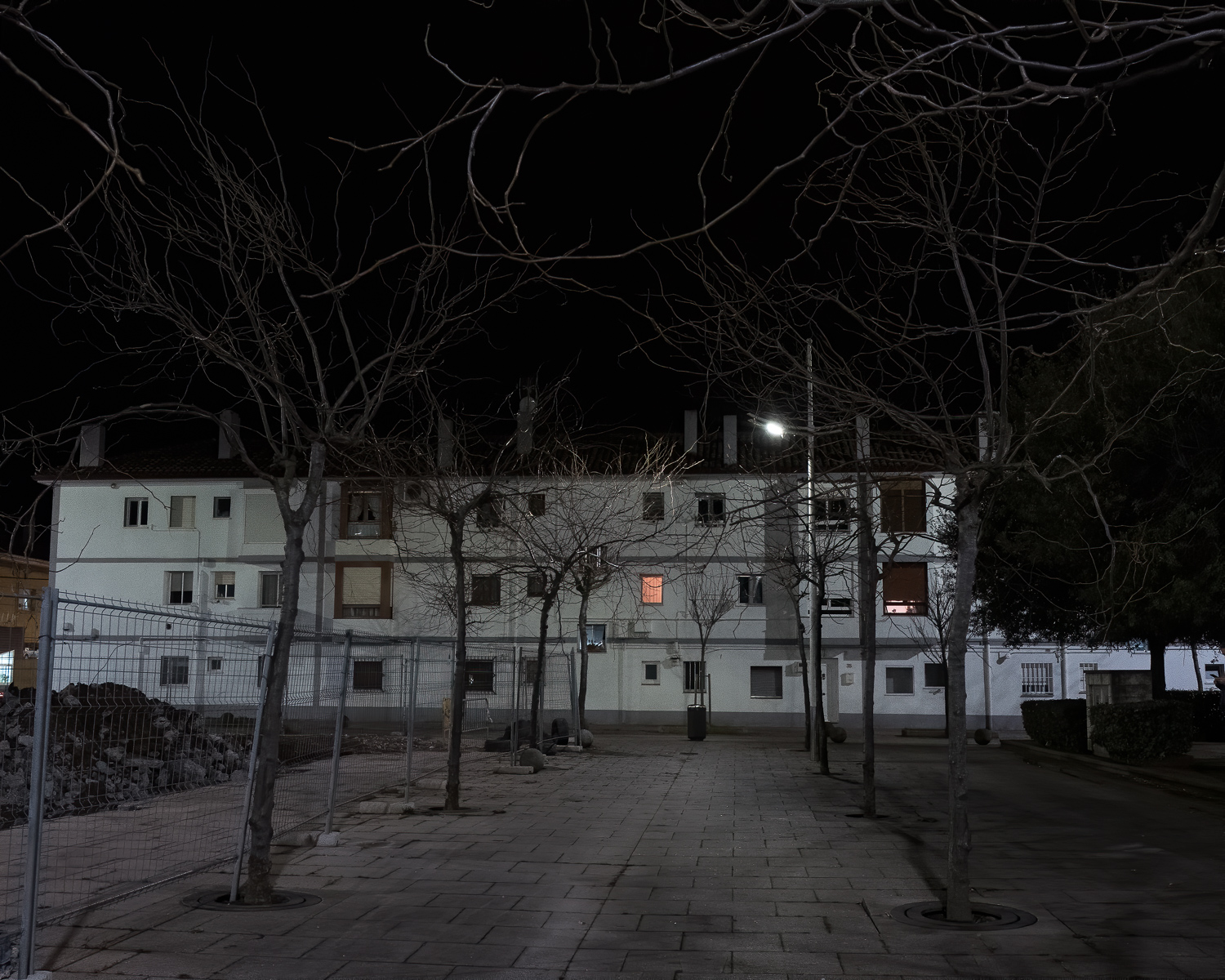 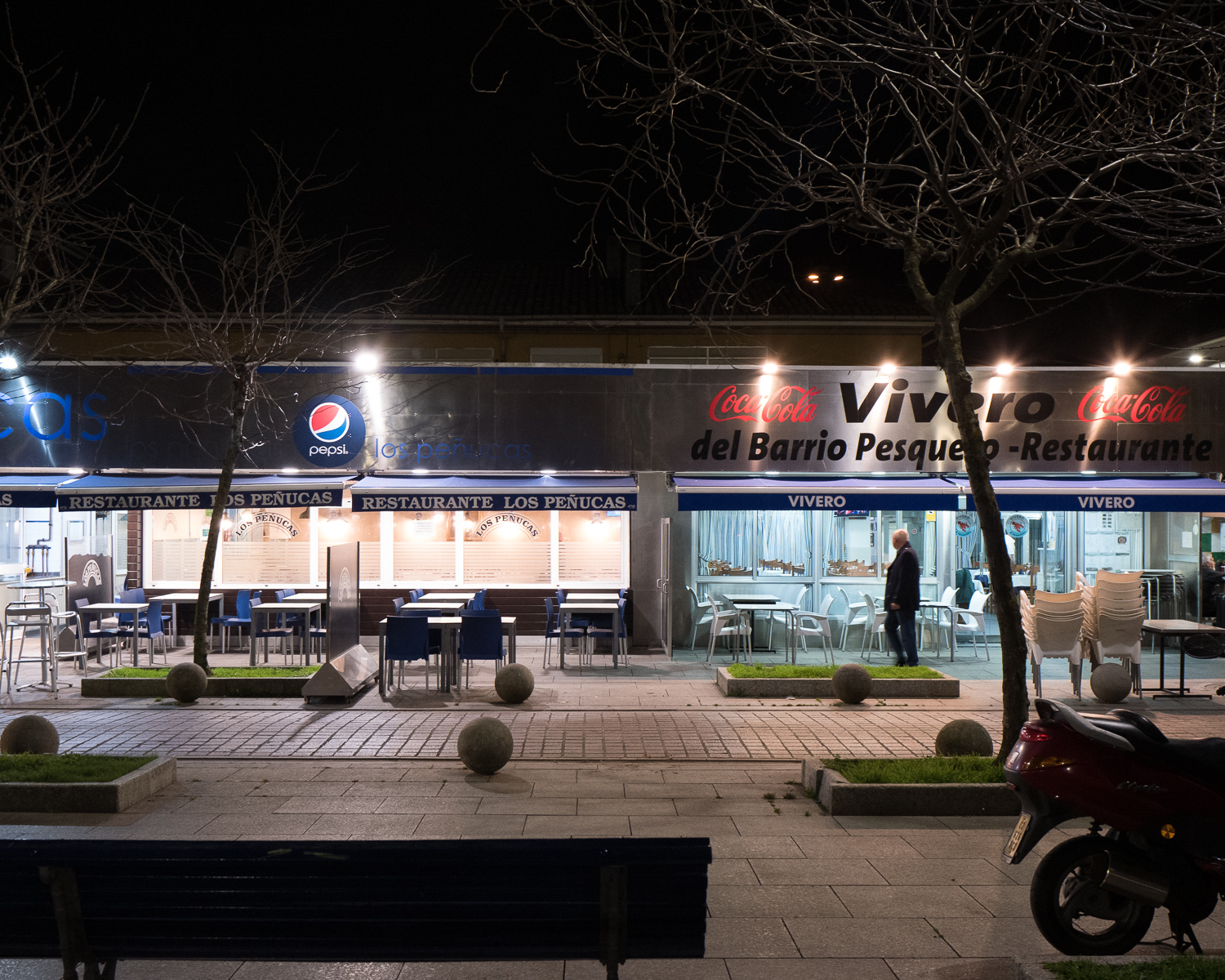 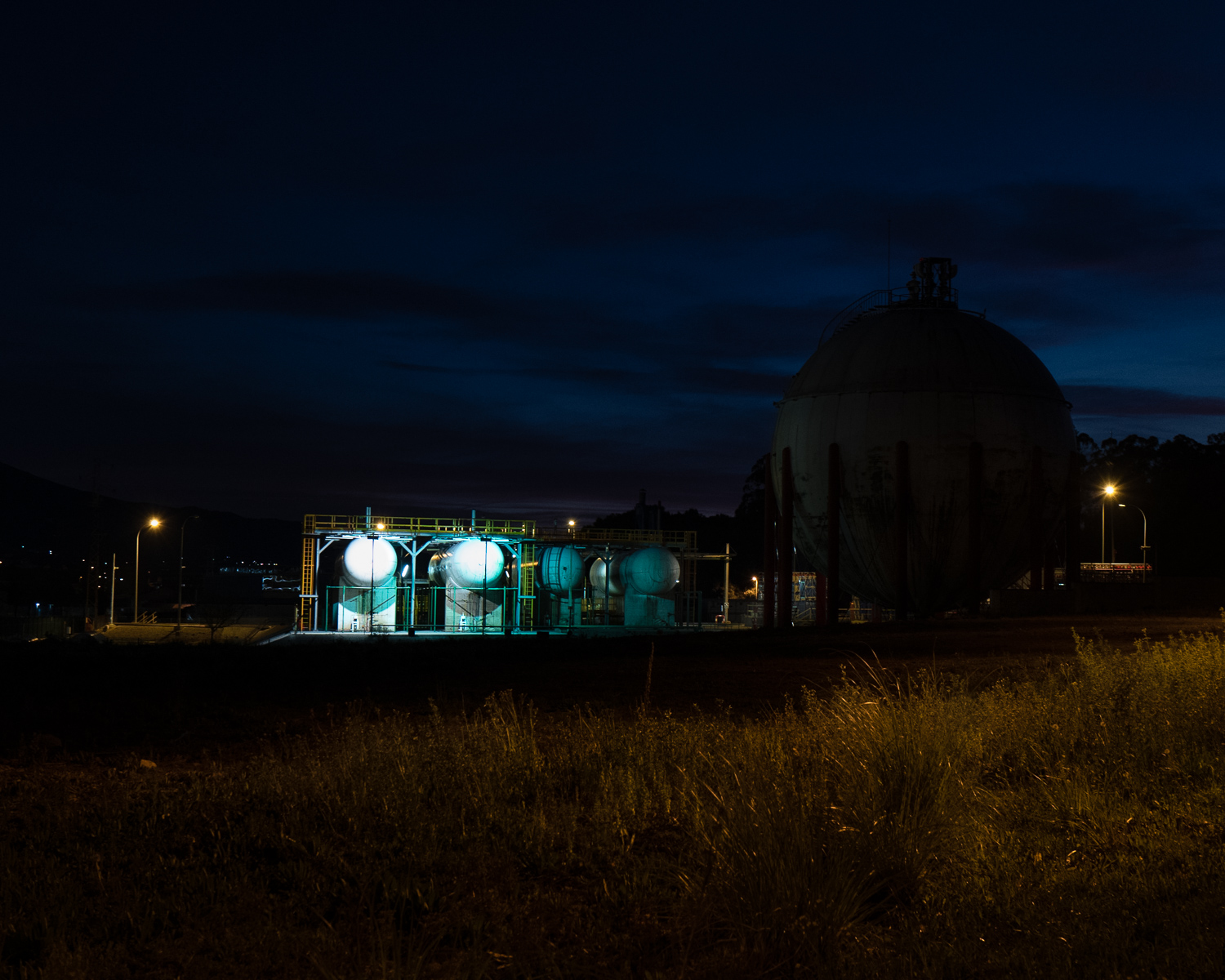 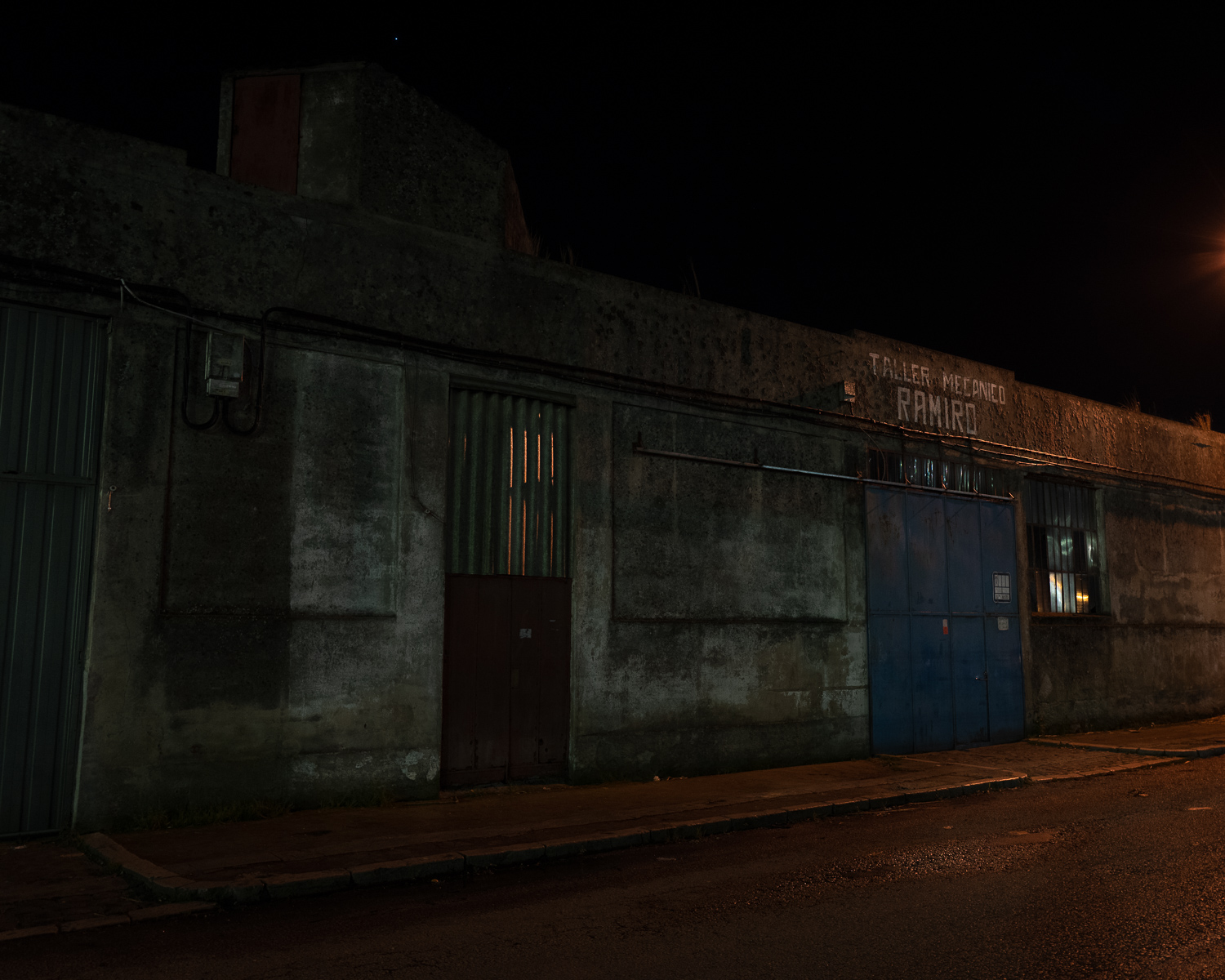 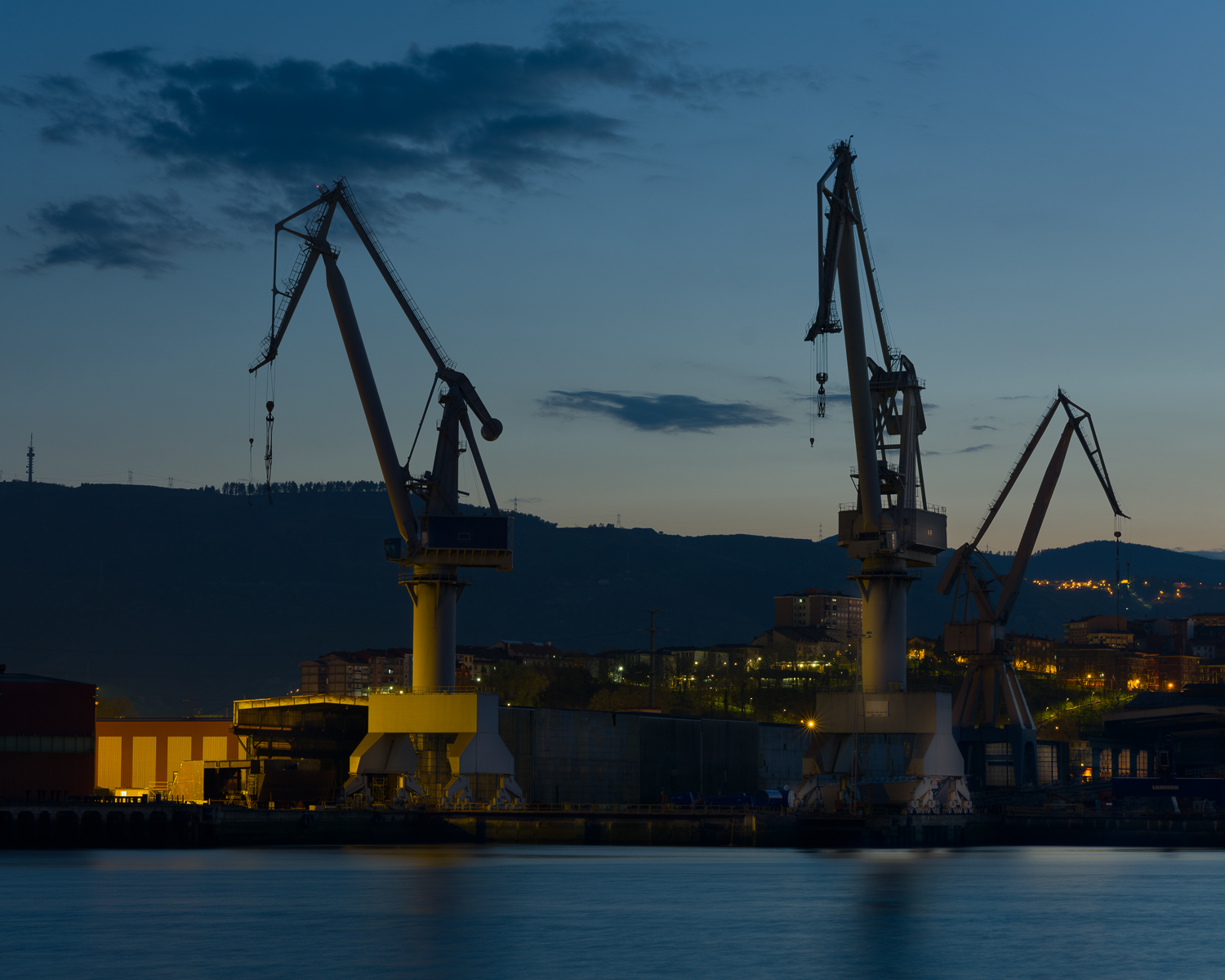 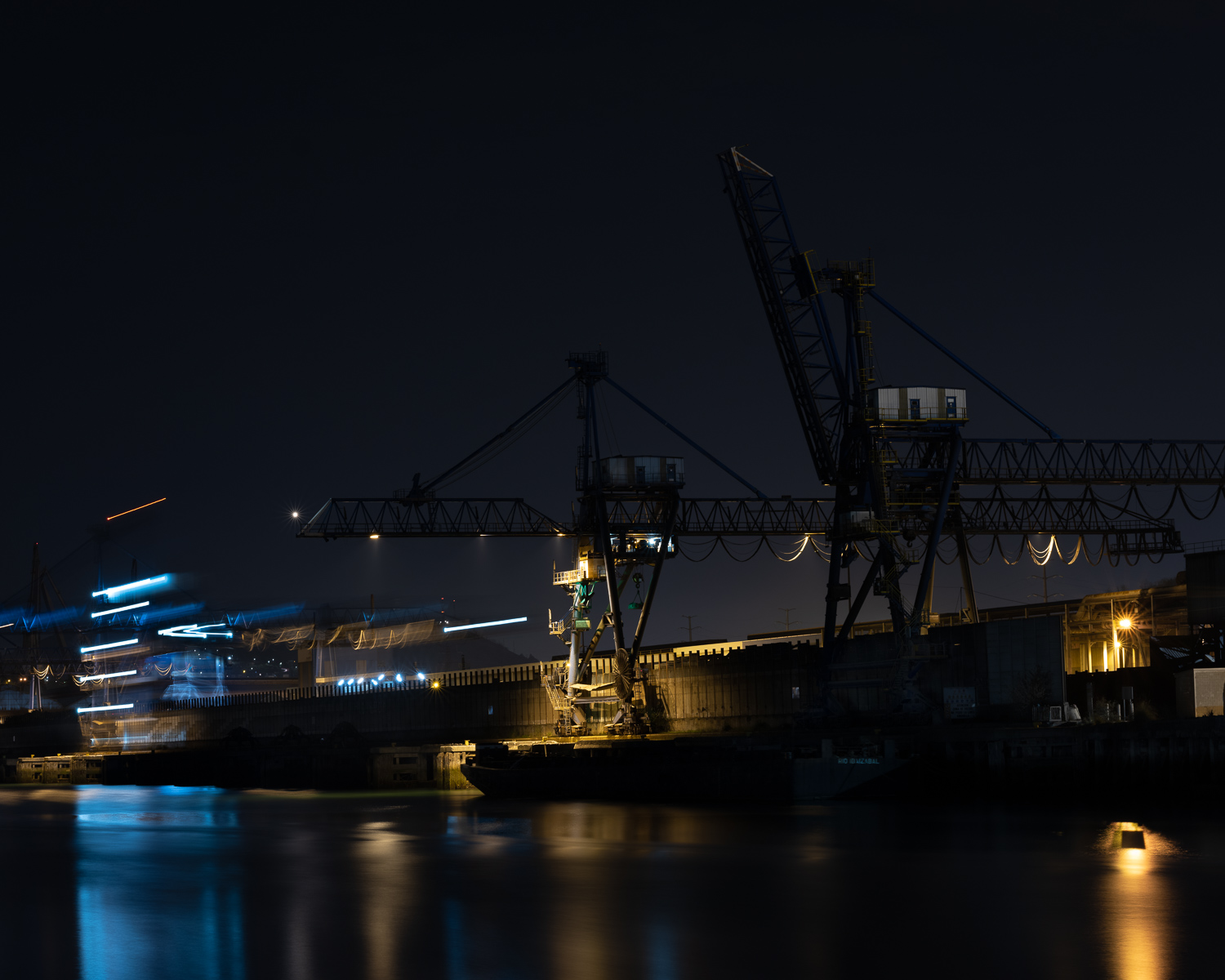 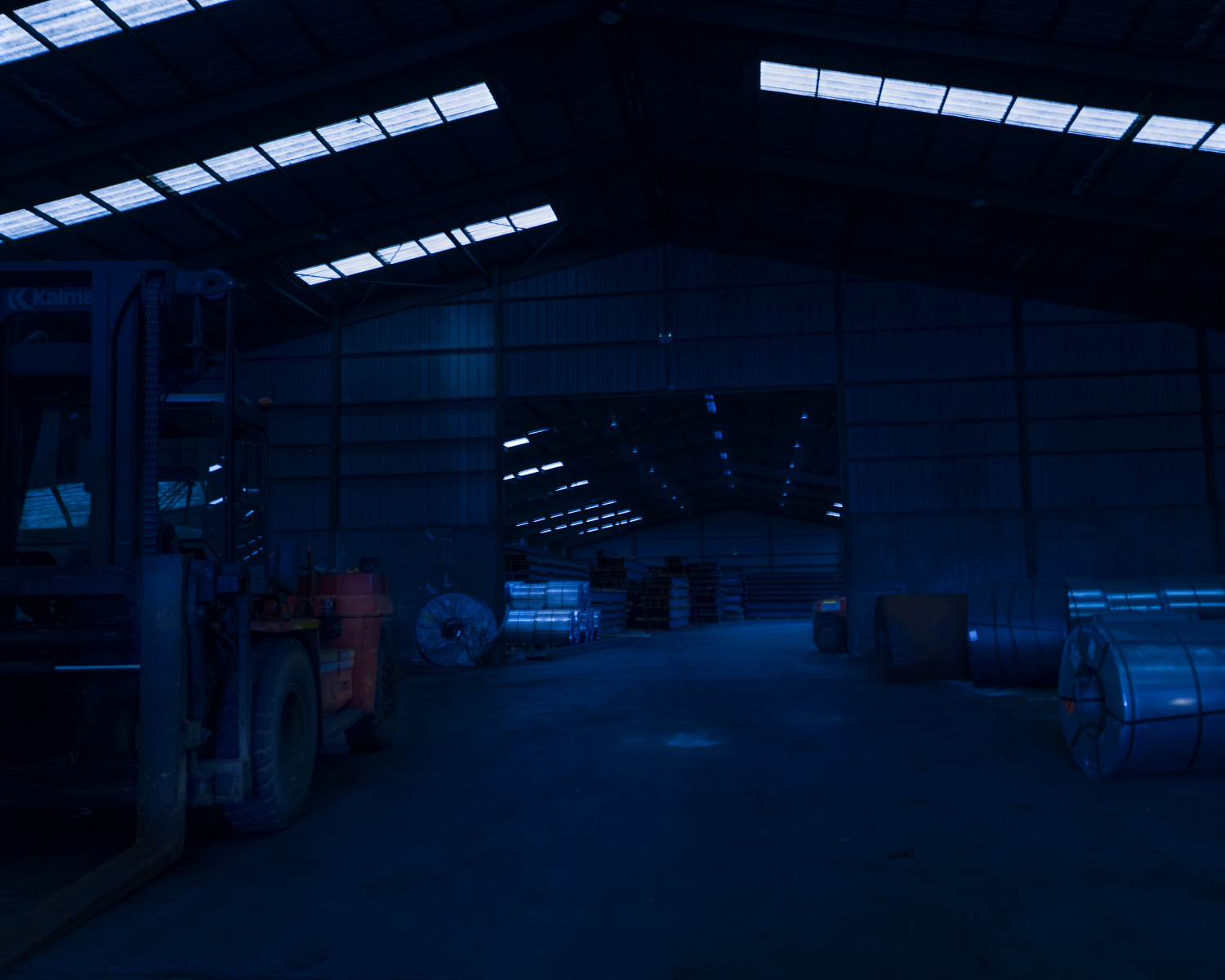 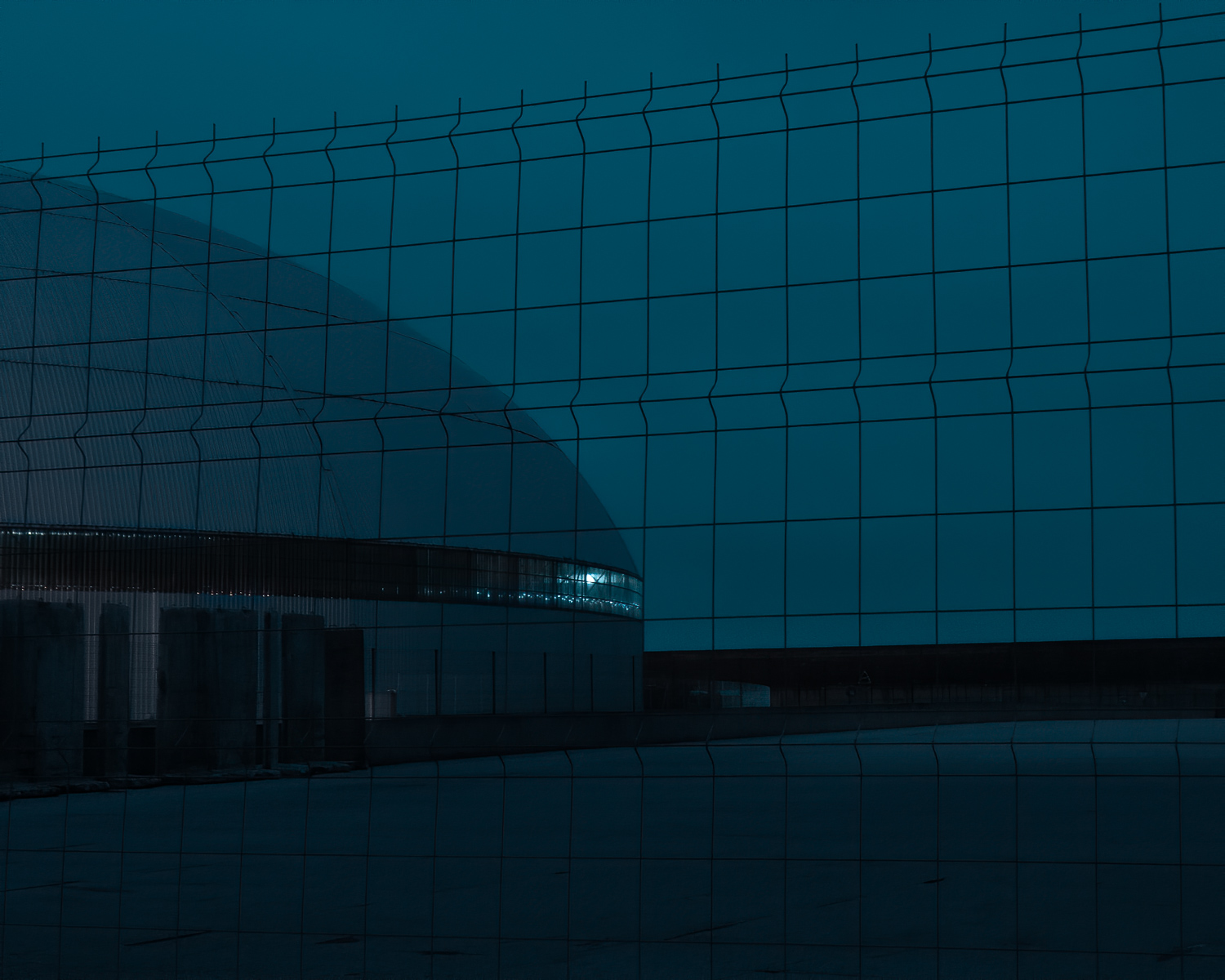 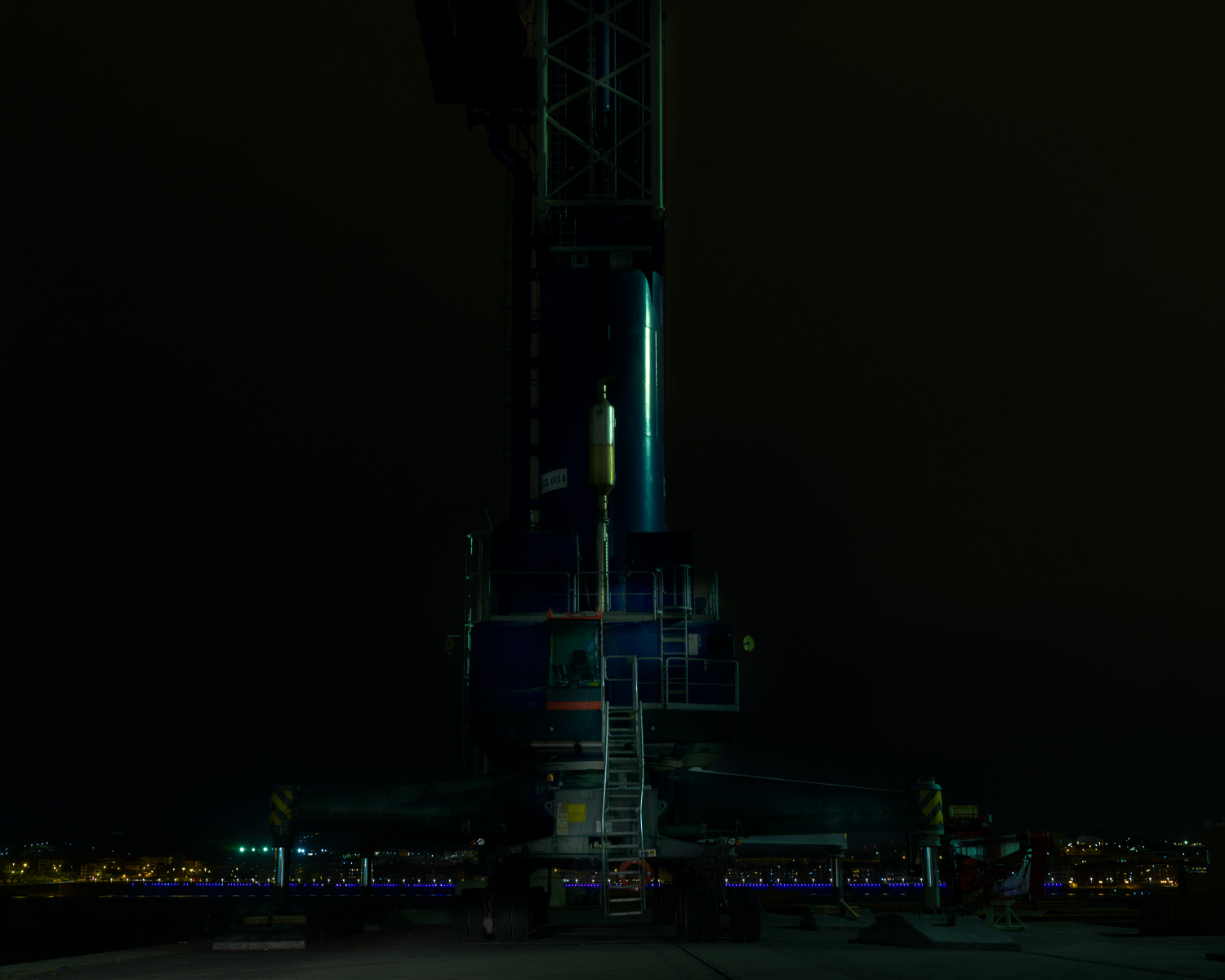